When it comes to issues of knowing or not knowing, I tend to stick to the Socratic method, which promotes not believing you know what you don't know and not taking any knowledge for granted, totally or absolutely.

When we consider that we know everything about a topic, we tend to discard everything else and discard the rest of the information we could earn. And now, we are not only ignorant about it, but our ignorance is validated as if it were a quality.

Francis Bacon said that knowledge is power, and indeed it is. On the contrary, ignorance can place the person in a different place than he intends. Indulging in statements without accurate knowledge of the facts, background, and context, and in general, without an attempt to possess the truth, can be dangerous.

For example, thousands of people worldwide share images of the "pacifist" Mahatma Gandhi, admire his phrases, and find him to be a spiritual and exemplary being, even when it is considered that if he had committed the same acts to minors in the United States, he would have gone to jail for child abuse.

When you affirm that something is true, you are approving, and you join. You take responsibility for it, so we have to promote something from knowledge. Many know what others do not know, and becoming aware of it should be the factor that divides whether it has validation or not.

Much of what you like, you like because you don't know it deeply. Imagine that person who has powerfully aroused your attention because of his smile, legs, or a beautiful face, even though he is someone you know nothing about. You should not like this person just for being her. In the same way, she should stop being so interesting the moment you meet her, and it turns out that she is not transparent with what she projects and her reality; everything might not be what it seems, and this always includes other people.

Emotional attachment can prompt you to accept something that has not yet passed the filters that you should have standardized. If, for example, a person does not approve of pedophilia, Gandhi would not be a referent worthy of sharing that image with his phrase out of context or of making good publicity even today for his name and memory.

Each person is different, and often not controlling emotions prevents making the most intelligent decisions; nobody should like it just for being, but for good, it causes and does in and for you. A person can be good with others and not be friendly with you, and then they should no longer have your attention, and your effort could be used elsewhere.

The goal when you learn something new should not be strictly to love it and that it satisfies your aspirations, but to be able to go deeper and reach its truth.

It would help if you did not believe everything you hear. Not everything that catches your attention on the surface will be convenient or reasonable. It is possible that when you think, you find that many of the attributions have been invented, in an attempt to fit in, not to be contrary, or for many other reasons, each one worse than the other.

Being careful about what you allow to touch your heart, only allowing what you do well, and being a selective person, could prevent you from always wasting your time and disappointments and upsets.

Investigate, doubt, and distrust are faithful friends of knowledge. Questioning everything you can also give you advantages, as changing your mind and accepting that you were wrong will always be a better option. 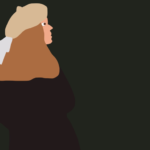