One day, tired of segregation and abuse, one person realized how the different media and industries duped him; he knew the line that he was not willing to cross, and he did not want to accept new problems for free. He dispensed with everything he doesn't need and doesn't represent him, and he's happy. He has unequivocally proclaimed herself free, does not follow fashion so that they look like chains on her ankles, and is a true connoisseur of what he is. He changed the perverted social order.

Laboriously and persistently, he pursues his cherished desires and performs only his role in the world. Speak with others with the truth and empathy. He does what he can for the well-being of those he meets along the way. He no longer lifts a finger for what he was supposed to do in the past and doesn't lie to others or herself. Yesterday he decided to change was rooted in the fact that he found himself and felt the immense love one has with both hands.

Right then, he decided to stop thinking about what his desires were looking for, and everything remained the same. We are the same in constant pursuit of enormous changes, which, far from being so tiny, during a life that is cruel and full of suffering for millions and that, after going unnoticed, turns into exhaustion and reluctance. I know there are good people in every corner of the earth; however, selfishness and superficiality prevail. Turning to the news, we see the reality again: a society full of distractions focused on entertaining the masses. Before everything is out there, I suggest you pack for all contingencies and remember that equality has never been the same as justice and that even so, both are far from reality.

The reason why someone contemplates the option of procreating, the life, returning, asking himself for two more lines of patience to rectify, correct his mistakes, jump, bet all his savings, and generally, go a little higher than we usually would. It changes from person to person. The interests, aspirations, limits, and moral concepts are different in each person; what is noble, impious, significant, priority, or insignificant for me is not necessarily so for those around me, so from that point of view, ending evil and misery would be impossible.

Outside of decorations and romanticism, the truth is that we are so used to being violated so constantly that we are often broken less or in different ways, and we appreciate it as if it were a real favor. The disrespect for life and the person is more significant every day, and it is challenging to feel represented. What good is the morality that governs us today in pragmatic terms?

It is not logical to call a hero everyone who cries when the situation is out of their hands, shows compassion, and joins the popular struggles just because they feel they also have a heart. Still, we must see their example and philosophy first; looking further before admiring someone could save us, how big it is that we constantly find ourselves disappointed in our representatives, the lack of fruit, and the damage they cause.

The good news is that if you are reading this, your life right now is a reality. The bad news is that you are going to die, we are all going to die, and hopefully, it was after a beautiful, deep, and generous experience; unfortunately, to give yourself to date doesn't seem feasible, and it's a pretty unpopular idea.

I don't know how to fill in the gaps rationally left by my doubts, and I think of some way to make sense of my breathing to do something always that inspires me as if it were forever. Still, failing that, the last time I was very sure of a life plan outlined, a single person threw it at me in two minutes, not for their reasons or their negativity, but because it ceased to make sense to me that it involved such selfish factors.

I'm not sure if we're really in control of our existence, but I'm sure, at least superficially, we are, and I think that's exciting. Each one of our expectations changes with each experience. Not because somebody who fits into a socially acceptable mold is necessarily healthy or happy. Many people surrounded by people never use that power to benefit anything or anyone disinterestedly. Not all of us have the exact social needs, but many do not like to understand that, and others do not mind acting without thinking about the consequences, and each person feels the same for different reasons.

I want to grow up enough to understand a little more than I can now, having experienced all the possible decisions and roles that act in my favor, everything I need to legitimize and defend my actions and motives. , not to be accepted by others, but to satisfy myself, in a constant need for a fullness unknown to me right now, of generous searches for expected results of improvement and freedom. 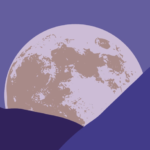