Violence, famine, and war are not topics that receive comprehensive coverage, they do not usually make headlines even though they abound, and many times they will only become a trend briefly for sensational, sentimental, and superficial reasons.

It is clear that socially there are failures and that some realities are incomprehensible. The significant gaps are the martyrdom that hits the concept of justice that some have, excessive ignorance rots everything it touches, and indifference becomes addictive. There are dark gaps between thought and knowledge of the world, but these are not a constant, and although valuable, they are not everything.

Of humanity, I have always preferred to highlight the beautiful before the impious. Before the good of absolutely everything else, and having said this, I can maintain that since humanity is a builder of infinite possibilities, the reality effect should not and cannot be denied. We can't ignore the precarious and inhuman situation under which many people live, and one of them that is crucial is that there are oppressive human beings, regardless of the reason that led them to that place or position.

Knowledge does not blind or tie the hands of someone who recognizes their human condition, and it is that, in effect, there are human beings of human beings. In the midst of all this that we see is our humanity, of origin as complex as it is humble, with a real need for love and character. Imperfect but perfectible beings, fragile, trying to coexist with other human beings, which is our standard. Each concept of normality, rarity, or distinction becomes insignificant when categorizing each of us since the vastness of qualifying adjectives is as much as the person himself.

The issue is more complex than associating knowledge and excess awareness with unhappiness. Assuming that wisdom in a deep state makes it impossible to see the other face, the beautiful look, does not make much sense. Yes, you can seek deep knowledge and continue to live and work brightly and cheerfully in a noble and continuous act of trying to change that reality somehow. Pointing at humanity for the actions of some is the easiest thing to do. Still, humanity is not just evil, not just mistakes, and suffering, but hope itself, love, and in this case, the constant struggle to stop what must be stopped and the search for freedom for those who live prisoner.

Regardless of knowledge or ignorance and the imaginary of what should be, there is a reality; there is an excruciating reality. Sometimes the human being cannot even conceive of being part of something unknown.

Reality will not always be fair or happy. Things happen caused by others because it is convenient for others to occur. This text is to show a complex crime, considered the third most lucrative in the world (too much to be so unpopular), and which is also on the rise—a way to name slavery in our times' human trafficking.

Sex trafficking, forced labour, organ removal, irregular adoptions, servile marriage, and begging for criminal purposes, among others. Trafficking in persons is an invisible situation capable of desensitizing anyone. Since it is known to be there, it will have been heard of at some point. Still, it is not easy to distinguish it, and there is no real effort since, socially, it is preferred to give a low profile.

Have you ever heard how important it is to live daily and be happy for one? Millions suffer under the different forms of human trafficking, but it is a reality that can be easily isolated to concentrate on oneself. Underestimated, ignored but dangerous, and lying in wait for each of us.

The recruitment of people for their different purposes looks in many ways; they use threats, force, and other forms of coercion, such as kidnapping, deception, fraud, and in general, the abuse of power. The trafficker acts in situations of weakness.

Human trafficking is a form of modern slavery that occurs worldwide and encompasses different types of violence. It can start with kidnapping or theft from where a person lives, transits, studies, and false opportunities. A trafficker sees what a human being, in his most natural expression, aspires to and uses that to achieve his goal. That is, something consistent in trafficking is to carry out the abuse through vulnerability.

To deal with it, it is necessary can work together, and it is essential to intensify the efforts to be exhaustive and constant. They have to be carried out transparently in cases of alleged complicity of government officials and institutions that are active participants in the processes. Increase the training of the police, prosecutors, and other officials. Some tasks correspond to us, the civilians, the inhabitants of each space that is desired to be free from any form of exploitation, subjection, and violence to the person.

Power can do great good things and great bad things. Imagine that the forces in charge of enforcing the law decide to ally themselves with organized crime, and the institutions in charge of ensuring the well-being of citizens and nations cannot fulfill their functions for different reasons or become bribable. How is the success of illicit businesses such as human trafficking interrupted? For this reason, I do not blindly believe in the discourse of the largest organizations, nor in absolute truths, nor do I trust logos or figures. I think that many are simply in search of their benefits, far from the collective goals that benefit others. However, I believe that in every space, even the evilest, good human beings are fighting for good causes and being extraordinary in respecting human dignity. The survivors of abuse tell what happens and narrate the evidence in many ways, and their voices sound like a legitimized version. It is the reality of others, but we are all prone in some way. It is evident, does not diminish, and is a constant, but we hardly hear it in the newspaper.

It can happen to anyone, and it can happen to us. Although there is no real point in staying worried, since you also lose the focus that could lead to the solution, ignoring should not be an option either. That thought of wanting to live in peace, acting like nothing was happening, annuls the situation of violence and abuse that millions in the world are living.

Trafficking in persons is never a crime in itself. Instead, it is a compound crime of other crimes. It is also a survival of the impossible. Millions will live under the domination of others all their lives, but we close our eyes.

According to the United Nations Organization, human trafficking is an increasingly frequent practice among armed groups in conflict zones. Regardless of these (African and Asian zones), the danger is in each zone of Latin America and the Caribbean, too, including some countries called "epicenters" for specific categories; as the guard is lowered, it will be easier to proceed. They see the opportunity and do not hesitate to take advantage.

Human trafficking gives the traffickers benefits, such as representing an easy means to finance themselves, subjecting people to forced labor or selling them to serve in various tasks, and attracting recruits under the premise of putting women and men at their disposal for sexual purposes.

The Dominican Republic is the only country with this issue within its protocol in Central America and the Caribbean. It is estimated that around 25,000 girls and young adults are prostituted and trafficked each year. On the other hand, in Mexico, from 2017 to 2018, the number of victims of trafficking doubled, and sexual exploitation is considered to be its second most lucrative business, this information according to the National Human Rights Commission and the Center for Studies and Research in Development and Social Assistance. For their part, countries like Brazil, Colombia, and Costa Rica are a considerable gateway for organ trafficking.

Human trafficking affects, to a greater extent, those in a situation of multiple vulnerabilities, but that does not exempt the rest. People of all social positions, all economic conditions, and from all regions of the world can be negotiated. In developing countries and vulnerable segments of the population in developed countries, people are duped by the desire for a better life.

Victims often receive false travel documents, and high expectations are created. The alleged companies, contacts, or employers do not have records or specific numbers. Their scope is not quantified, as if they did not exist, and indeed, they do not exist.

Hopefully, one day our patience will run out. We will take action if we go out into the street with an argument, acting coherently and not being an indirect part of those who finance and promote this type of crime. In the meantime, as long as a paradigm shift is not carried out, and we all make it visible, it is a reality that needs to be spoken in every space as a latent risk, and that strikes millions in the world, and then stop being invisible and be taken as truth. Naturally, the lack of ethics inhibits the human being his minimum rights, exploits him, and makes us return to them with empty hands of answers, justice, or solutions.

Sources and my sincere reading recommendations:

Understanding Human Trafficking, Corruption, and the Optics of Misconduct in the Public, Private, and NGO Sectors, por Luz Estella Nagle. 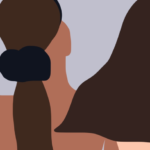