The restlessness for someone emerges as being invisible and reacting to what does not seem to make sense but is still, and many call it, good. Our worry is for the future. Many people are trying to make an ideal world—a world without big corporations in control, free of ideologies, and furious people wearing protest T-shirts.

One of humanity's most significant challenges is to open your eyes, allow yourself to see, and recognize that everything imperfect exists. If you react to restlessness, you have set the lens.

Ignoring the magnitude of what is dreadful or imperfect, ignoring the problem or a situation, we do not fix it. But instead, give it a particularly critical status by undermining its validity, whether consciously or not. As we say, the first step is to recognize it. Not being an enemy of injustice becomes the same every day as a building without a roof under torrential rains, in the rubble with irreparable damage. Ignoring could get out of hand.

Knowing the different faces of a topic or what it has in the background can be difficult. That is true, especially if it involves unlearning, opening up to the new, facing a fear, or confronting without filters. However, it brings its advantages with it.

Since I was a child, all this mattered to me a lot, and that I didn't really know it, and that I hadn't lived it, or that I didn't feel it as something mine, but now it's different. I will never regret exploring, getting to know, seeing who I sympathize with and don't, and experiencing all these things. I have been changing a lot, and I am constantly questioning a more profound way of honoring the life and everything that makes me real. Every human being can stop being part of situations where they are not comfortable and join. I don't know.

For example, an equation that is true or not comes to mind today. It is essential, accepted, and harmful. Society considers that the greater the sexual charge, the greater the sale. For years, the argument was "Sexual interest is a tool to persuade the consumer" or create a hook to the product, but has it made sense?

According to statistics, we live in the most sexualized moment in history. Many movies, ads, magazines, and social media were bastardizing with hypersexualization and not communicating as if it needed to be there by default. All about is not a coincidence, but the double edge of technological progress and the thirsty ambition that has been instilled in us since we were kids. Of course, it is not about putting sex in the corner of those punished for their bad behavior. It is not that sex is immoral or unnatural, but that its industry has absolute and demonstrable power over us. As Lord said, Acton, absolute power corrupts, and in the midst of all this, has anyone thought about childhood?

Childhood sexuality is an integral, enormous, natural door through which a boy or a girl develops significant aspects of himself, such as affectivity. It is necessary and intuitive, and it is something pure, something of them; encouraging them to skip stages and act indifferent to their hypersexualization is just the opposite.

Human vulnerability is more significant than any other member of the animal kingdom. They require outstanding commitment and dedication in their early stages while achieving independence and maturity.

The Clinical Health Psychologist, a specialist in Child and Adolescent Pedagogy and Psychology, Celia Rodríguez Ruiz, defines hypersexualization as the tendency to emphasize the sexual value of the person above any other defining quality. When dealing with boys and girls, the concept remains the same, more with damage and repercussions on a larger scale. Despite the divergent thinking of many, the hypersexualization of boys and girls is neither expected nor funny, but rather nonsense, based on ignorance, irresponsibility, and negligence. Today, everything talks about sex, even what it is for them.

The upbringing and accompaniment of girls, boys, and young people have never been easy. However, adults or society cannot justify children listening to and dancing to music with an explicitly sexual message, inappropriately dressing, and the television programs they are watching.

Children cannot immediately understand what they receive from the media, but their intelligent, fresh and capable minds do. We must take care of children here and now today because they cannot protect themselves.

The modern lifestyle and the new currents of thought and call to freedom could confuse. Still, no, that the series for your 4-year-old daughter are carried out by adults, with adult situations, adult sexual behavior, and others, it is inappropriate for his stage and age.

Studies show that an undue sexual bombardment of boys and girls can lead them to become adults whose behavior towards their close ties becomes insensitive and violent.

Then we say there is nowhere to solve those problems; we only reply that we cannot resolve them from our position. It seems easier to accept it because life is sometimes half raw, dirty, and uncomfortable. Still, the truth is ignoring these kinds of problems is turning your back on suffering. At least find out so as not to cancel them and suddenly recognize that they are part of a complex and beautiful immensity, the same in which the seed comes out of the darkest in search of light and grows. 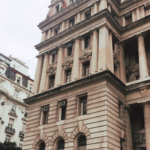