When I met science, I fell in love. I remember having a few months where I wanted to read, summarize documentaries, and hear about them. I didn't go out to the sunlight; I just needed to understand some theory. I bought books, made a digital archive, and my scientific friends, mathematicians, and engineers gave me donations of material. I wrote about the complete seasons of Cosmos in my notebook.

There are many scientific topics that I would like to write and talk about, not as a scientist, because I am not, but as a curious person. I'm not too fond of discussions, but I enjoy discussing how science improves processes and life. I start with a simple fact: the universe is terrific—little things like nature and the plane in the sky. There is science, and it is fantastic!

A person who thinks like a scientist will apply science not only in academic or work matters but also when buying a lamp or planning a trip, being a doctor or an artist. The critical thinking that comes from configuring the lens from a scientific perspective allows you to broaden the picture, solve everyday problems, improve methods, and in many ways, make life easier.

A thing I would like to say to other people, like you, is: science is not something exclusive to guys with coats in laboratories! It is not exclusive to scientists, but it is for all, for us, and for everybody alive searching to know and experiment. More than just seeing the beauty, understand where the beauty comes from. Even superficially, it's a process.

Science is throughout everyday life, but it is also necessary for many of us at different times. Today I'm going to tell you about the Scientific Method and the steps.

Suppose you go out for dinner; you look at the starry sky. You never saw anything more beautiful! You look at the ground, and some flowers are in the gutter. You listen to the waves of the sea. In the morning, you decide to bake fresh bread for breakfast. You sat down at the computer to design a sketch for a fabric that will be the material for the new dress we will see in the MODA PARA EL MUNDO windows in about three months. Hours passed, soon the sun would set and, you would see it from the balcony. You look at the time and have little time left, only one day to return to the city.

Astronomy, physics, chemistry, and biology (to name a few) are part of the exact sciences. It was in 1637 when a great guy named Descartes wrote for the first time the steps to this investigative process. This reasonably precise and functional method is helpful for understanding and solving problems, and that was called the Scientific Method.

The process has five steps and feedback, as in everything, right? Let's see them.

You realize there is no bread, and bread runs short. You activate the yeast, ferment the mace, and leave the bread to grow. A few hours later, your project goes into the oven, and you have to bake the bread. And then you share a slice with your mom. Unfortunately, the result was not like expected, something went wrong in the process, and the bread was inedible. Your mom knows the best way, and she can give you some advice for the next time.

The first step is observation; this is the topic for research and experimentation. We have to formulate a question (this question is now our problem). And then, research and find out about the topic. For the third act, a hypothesis. Predict the outcome of the situation. This prediction is put to the test too.

The next step is the experiment, developing a procedure to test the hypothesis. Collect data. We must repeat the process because the previous results give us new hypotheses or predictions. Maybe trying again and again soon, we can prepare good bread, crispy and fluffy inside. Let's change the bread, and talk about dogs, medicine, human, or whatever.

We could use the scientific method in all sciences, and here comes an important point. Not everything is science, and not everything should take up space in your head. Not all information is valuable or accurate. Use your memory in the best way for you.

I once read "Astrophysics for People in a Hurry" by Neil deGrasse Tyson, and he wrote something like this: "Knowing science can help you deal with rude people," and it's true, and I think it applies to what I'm telling you here. We inhabit a world where freedom of thought prevails, which is good as long as you can discern. This freedom will also allow you to be bombarded with false information, fake news, erroneous data, beliefs based on lies, pseudoscience, and an infinity of theories without a head or tail, trying to give meaning and feelings to human existence. Completely unnecessary. The horoscope, for example, is not only not a science but a theory that has gone through the scientific method countless times to try to demonstrate its meaning, coherence, and truthfulness.

Thanks to the impetus put into the investigation, it was explicitly through Einstein's Relativity (1915) that we were able to know that this was not possible when it was scientifically demonstrated that simultaneity does not exist, and therefore, astrology loses complete meaning. Of course, that is just a tiny achievement for Einstein's Relativity, whose applications are countless today.

As deGrasse Tyson said, "The good thing about science is that it's true, whether or not you believe in it." We have access to this information, and it has ceased to be speculative to become scientific fact, which is one of the most extraordinary acts you can do for yourself. 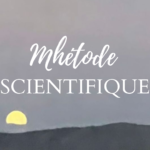