I suggest choosing what the reason dictates before the feelings. Dying in the hands of curiosity, sharing opinions exposes yourself to confrontation and the possibility of being wrong, and above all, looking for the truth, the correct data, the explanation, the reason, the answer, science, the science of everything, and information become knowledge.

You have to abandon sentimentality as a boss. The feeling can't be the boss in your life. You are rational. This change will be the starting line for you to cut old friendships if you finally understand that they do not have respect for you. Sometimes, people don't have good intentions for you. Stop being used by others for selfish purposes, and thus also, stay in whatever place just for interest and benefits (For the necessary time). You must understand that not everything you want will be good and refrain from it.

Making decisions using the human faculties and the ability to analyze and calculate will open a world of possibilities for you. For example, suppose I have money for just a little gasoline, and they give me a choice between a meter that always shows full or one that indicates its original state. I will choose that it shows the truth because self-deception could cause that one night the car stops in a lonely, dark, and dangerous street for having trusted that lie. Another example. If my earnings are up to a thousand dollars, but I can pretend in front of the bank that it is two thousand dollars already, I will choose the second one. To be more capable in front of the bank, but always knowing certainty that the actual money I have is just one thousand. The difference is that one blinds me and makes it impossible to see reality, but the other is a lie for the rest, and it is not for me, but I control it.

Years ago, I dated a man who worked until he fell asleep with his shoes and glasses on. After a few months, he wished for us to go on a trip together. Carrying it out, although few, also involved some investments and sacrifices for me, which honestly were not a priority, so I decided not to do it on one, two, or three occasions without question. I couldn't take that much time away from my work and academic obligations. His destination was of no interest to me, and spending some money on anything other than my plans was not an option, so I declined. That was not a pleasant decision, the price? I completely lost the link. That made me seem like a selfish woman, which I was, and it didn't bother me. However, it is a clear example of how a decision can mean a lot. Perhaps she loved him, I don't know, but other things had more significant weight and feasibility.

I also put on the table the yes and the no, what is correct, the judgments, my judgments, and the number of times that a person must make decisions that will be transcendental for their present and future. A mistake can be sent to you by anyone, but how you handle it could leave you bankrupt, without a job, without a partner, or other assets you would like to keep; sometimes, it will result in peace, the right choice, and in others, endless regrets. Hence the importance of remembering the capacities that are our own.

Faced with my serious mistakes, the first thing I have done is to try to safeguard my life and my head. If I consider myself a dead woman, I go to another head searching for help, another temporal leader that is cold and able to take action. The blame is mine and could finish me any day. If I commit a big mistake, I prefer to speed up the truth, let it be known, and be able to sleep, then live with the latent possibility that it will burst. However, it is also true that I have limitations for sincerity, I must say.

Will all the lies and what is "bad" become charges and consequences for the future? I don't think so. I don't believe everything terrible or good someone does will return to him, but those who do good and evil will still receive good and bad things indistinctly. Of course, I believe that whatever we do must be done with treachery and premeditation, in full use of the human being's complex and excellent mental faculties.

Choice, preference, and decision are sometimes still found among concepts that don't have a relation. Between impatience and laziness, I would go for impatience. It seems to me that it is better to stay alert for what comes and resolves, than laziness, so inefficient and straightforward, or that between being forgetful or cruel, I prefer to forget because it comes naturally to me. It does not yet bring me problems that have no solution. On the other hand, I have never been able to feel satisfaction in cruelty, but it seems to me a useless and bad-tasting act.

Between leaving the scene of the events, the site of the damage, and making a scandal to beg for respect and love, I would advise others that option that does not make it challenging to hold dignity until the last moment and between the stars and the planets, I would question, for what? If I have to choose between plastic surgery and exercising, there are variables from person to person. In some cases, one or the other will be convenient, which gives rise to consider not always going for what the appearance or the majority consider correct, but for convenience, and I don't think these two usually go hand in hand.

At best, a person might give up their healthy organs before looking on the black market for a kidney or a heart, but if not compatible, the black market might not seem so bad to someone who loves and refuses. Between going to jail for looking for an organ for a loved one or not doing it and taking his death with resignation, some prefer to go to jail and the life they saved as a certainty. For example, I like the latter between prison and being an eternal fugitive from justice because I can still sit and enjoy a restaurant while watching the sunset by fleeing. Still, prison seems like an unbearable place for someone like me.

Between being a terrorist and a thief, I prefer to be a thief, from lying (a little or a lot but delicate) to doing it clumsily and never being able to protect my well-being by lying. I would choose the first, between killing my worst enemy or killing a pedophile, murdering pedophiles; besides having enemies or not having them, I prefer not to have them. Concerning the previous, those seemingly absurd or unlikely choices are mine, and I have no idea if others would lean to the same side, as each one's preferences have to be governed by their reasoning. And their expectation, and not because they are rooted in other people's ideas.

Sometimes represent openness and access to possible previous solutions to simple everyday problems, and so on, to have a better reaction when seeing them arrive, as well as to have ordered tastes, priorities, limits, and desires, for the occasion of being in front of the moment of choosing. 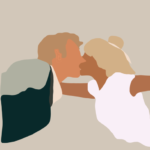