Science in everything and for everyone

It's raining for hours and is fine for me. Maybe you think the rain ruins the day and plans, but, from another perspective, it makes the room a bit cozy, especially when we have prepared a nice snack, the house is clean, and everything is in its respective place. The white plates with the white ones, the knives facing the same way, shake off the dust and check the growth of the small apple tree. I have to mention it), and I think it is not apparent.

Think about how you can study, read and learn about many things; the possibility has no end. It is possible to be good in many areas, and you can only want to understand them for pleasure in the purest state. You don't need to be scientific to learn about science. This moment is ideal to recognize ignorance about something, whatever, and pretend to get understood. Science is already there and lives in the most fundamental, the elemental, and the basic.

Some people consider that to be actively interested in science, to make scientific questions, and to be critical, it is necessary to go to university and learn it, but not, this is a lie. That arises from the essential logical capacity of the person. In general, anyone with concerns could become an expert on any subject by their means, and beyond that, especially speaking of science, human beings can apply it to their day-to-day lives.

Science not only exists in a complex way, but it is accessible and detailed even in its most extraordinary and complex facts. The enthusiasm for scientific discoveries is fueled by discovering in simple terms what might be challenging to understand. This space should promote some points for the benefit of everybody, such as that any person can be empirically interested in learning and deepening on a subject no matter which one, and even mastering it with good foundations.

There is a physical and natural world whose behavior is predictable. It is incredible to know that human beings can understand it each day in a better way, each day closer. Although its lines are blurred even in science, truth exists, and every mind should or could use it to search for it.

A woman can be the startline to several lives on the same day, and a butterfly strengthens their wings to fly out of the cocoon. Thousands of species build their homes underground, humans manufacture ships to go into space, and there is a verb whose only use is to get off them and step on the moon. Planet earth is in a solar system that is part of a galaxy, one of the billions of galaxies. Almost everything is relative, and everything around something and someone is science.

It has guided the development of humanity, and it was able to remove planet Earth from the center of the universe (where it used to be located) from reality. Maybe we are not so special, just another animal product of evolution, and it is an end in itself.

For hundreds of thousands of years, science has continued searching out, out of intrigue and the desire to find its origin and end, and if not, look around. The benefits of science in daily life range from erasing unnecessary ideas to understanding the beginning of everything. It is a difficult target for lies, falsehoods, and superstitions, be critical and skeptical about protecting yourself from deception and fraud. Absolute freedom maybe not be achieved, but more of it is.

The person tends to pursue something reliable and absolute. Something ho can make easy the growth process and guides his life. Something he can accompany his successes and mistakes. That makes sense because, by itself, survival is complicated, and standing out is even more so. Being happy according to social impositions seems priceless and, once paid, unsustainable. If we add all these ideas to the complexity of the meaning of life (people who consider it exists), the situation worsens. But wait, that is also relative. Happiness is also in a calm cup of coffee and a talk about science.

In that search, it has seemed encouraging to involve various mystical and spiritual beliefs. For example, the different gods were the answer for centuries to explain the inexplicable in terms of the universe's origin. However, today everybody knows that it most likely arose from the universe. Big Bang. Science manages to explain many new things and theories. The time is approaching when those ideas cease to be valid answers; in the past, before understanding science, it made sense to think that God created the universe planet by planet, but now science provides more convincing explanations. Some people may be holding onto the wrong rod.

It is necessary then to ask oneself if science is reliable and if it is absolute, and the answer is no because even science does not yet have all the answers. What is a fact is that science persists in understanding the theory of all things, and science wants to unify coherently the tremendous forces that govern the universe.

Back in the beginning, the human being inhabits a natural world; things are as they are and, according to their nature, they behave in specific ways. The scientific method allows the human being to collect data toward the objective understanding of this reality, making it possible to predict what will happen within the framework of specific conditions.

Everything had to be studied scientifically to be known; the provable should have the final word in everything. However, it is a fact that it is not easy. The steps for correctly use to the scientific method are necessary to immerse the person in the subject from the most fundamental questions. That is necessary for the development of any theory. Until that, "the theory" does not exist yet.

It is impossible to know when the absolute truth has been found because the useful life of the discovery and the knowledge today is short because it advances constantly. Indeed, science has been successful for centuries, and some of its limits are constantly overcome. The convenient thing to open up to science is everything. It makes it safe to open up to knowledge, ideas, and people since everything unknown ceases to be an immediate truth when discovered and becomes the object of criticism, doubt, and doubt. I study, and then maybe it does become a guide to life.

Pretty! This was a really wonderful article. Love science a lot 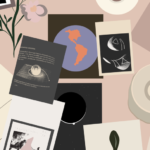 Science in everything and for everyone